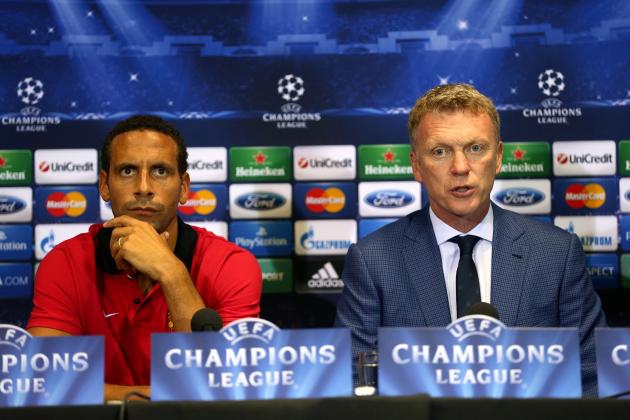 An underwhelming season for Manchester United has been capped by the news this week that the Old Trafford club had dismissed beleaguered manager David Moyes, who succeeded Sir Alex Ferguson last July.

As rumors have surfaced aplenty across various media outlets speculating the causes of Moyes’ downfall and what exactly went wrong in his tenure at United, the club have appointed Ryan Giggs as their interim manager as they strive to look forward to the future.

Their underwhelming performances this campaign have led to a disappointing failure to qualify for the Champions League next season, as they are now well and truly mathematically out of reach of the Premier League top four, for the first time in 19 years, which has led to some concern about the direction of the 20-time title winners.

For a club of United’s size and stature, how costly would missing out on the Champions League be for their future and their brand image? How will they pick themselves up from the wake of their recent managerial departures—first Ferguson and now Moyes?

Let’s explore how Manchester United’s brand will be affected by missing the Champions League across three rough timescales: The short, medium and long terms.

CHRISTOF STACHEShort Term: A Harsh Economic Hit
The immediate future of Manchester United as a preeminent footballing superpower is murky at least: The notion that they are not a “sacking club” has been dispelled after Moyes’ dismissal, even though his results perhaps made his position untenable.
To fall from the lofty achievement of winning the Premier League title last May to a current seventh place with no hope of making the top four this season will rightly be considered a disaster from the club’s point of view, given Sir Alex Ferguson’s longevity and record of success, which helped built an image of the club as a perennial contender and a winning institution over the years of his legendary reign.

So to fall from conquering England less than 12 months ago—and conquering Europe six years ago—to the prospect of regular Europa League football, or even no European action at all, will be a massive reputational dent: How can United keep up their global reputation if they’re not even continental?

In the wake of David Moyes’ sacking, Manchester United will miss out on a reported £50 million due to a failure to qualify for Europe’s elite club competition alone, according to Simon Goodley of the Guardian, who suggests that the same riches that are available to competing clubs will serve as a double whammy on top of United’s losses, considering their debts.

Goodley’s comparisons of United’s current situation with Bayern Munich’s in 2007—that they would need to spend massively to improve their squad without European football in a bid to catch up with their competitors—led him to estimate a potential £100 million summer outlay in transfer fees alone.

Which doesn’t include the wage expenditures for their high-earning star players and the considerable compensation that Moyes and his staff will no doubt fight for.

Make no mistake: As United count the costs of missing out on the Champions League, it’s not just to their reputation in the short term as a global sporting brand, but also a blow to their already shaky financial situation.

Jon SuperMedium Term: The Rebuilding Must Be Done Right
Considering the massive financial commitment that the club will need to make to steady the ship and turn it around, the short-term hit will only be compensated by an ambitious and focused rebuilding job done at all levels of Manchester United.
This involves many aspects across the front and back of the club, not least including a revisiting of the overall backroom structure in place at Old Trafford, which Gabriele Marcotti of ESPNFC suggests should include a Director of Football to alleviate the workload of the modern football manager, and a thorough review system to ensure that players are not signed for inflated fees (see Marouane Fellaini) or rewarded with bumper contracts despite being clearly surplus to requirements (see Nani).

That United have splashed £64.6 million on just two signings will not be lost on any observers: If anything, it will serve as an “eyes light up” moment to the agents of United targets and a major obstacle for the club to overcome. A quick glance at Liverpool’s eye-watering spending in the summer of 2011 will make for a horrifying prospect for many a Red Devil fan.

But besides the playing staff that have been the public face of United, both on and off the field for better or worse over the years, the figurehead that leads them to silverware and sustained success will need to be appointed as well.

The bullish nature and at-times extraordinary proclamations of Sir Alex Ferguson all added to the Manchester United aura and myth, which were almost instantly shattered by the defeatist and pessimistic utterances of David Moyes, who also oversaw the transformation of Old Trafford from a home fortress into a cauldron of fear.

They messed up a managerial appointment once; they can’t afford to do it again.

Handout/Getty ImagesLong Term: The Structure Is in Place for a Resurgence
As a football club, Manchester United have led the way in England and in Europe for many years, both on the football pitch and off it in the commercial realm. United were perhaps the first club to have built any global brand of note and formulated a wining commercial strategy that was based around silverware won on the pitch and the superstars that brought United that distinct success.
News that the club’s share price on the New York Stock Exchange has rebounded to a pre-Moyes, according to the Mirror, is both cruel on the newly deposed manager and reflective of the club’s standing in the global financial game, while Alex Duff’s commentary on Bloomberg.com considers the club’s power in terms of attracting lucrative commercial sponsorships and strategic partnerships.

Any new manager arriving at Old Trafford would be walking in a dressing room, while needing the injection of some much-needed fresh blood, still featuring some world-class stars, and operating within a commercial giant that is peerless in world football with a brand name that still resonates around the globe. Any comparisons with Liverpool’s dramatic downfall are as a result premature and naive, as the Anfield club have only recently caught up on the commercial side of things, whereas United were pioneers at building a commercial enterprise.

But while United fans shouldn’t panic at the current state of their club, even if the Champions League anthem won’t be playing at Old Trafford next year, they will realize that the club will only be able to bounce back—and the club officials will realize its brand power will only be fully realized—if they overcome a potentially significant short-term hit and approach their rebuilding job correctly.

Because if they don’t do it right, the Manchester United brand, which has been built so strongly over the years because they have become synonymous with success, will wither as a result of their on-field disappointments.

It’s imperative that they get it right this time, before it becomes a vicious, self-defeating cycle.