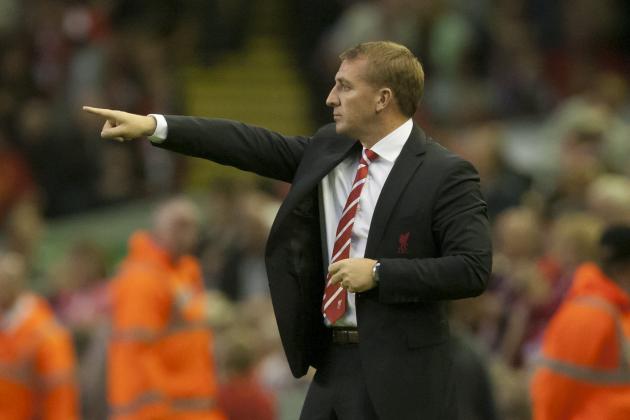 With the signing of Javier Manquillo and the impending arrival of Alberto Moreno, per The Guardian‘s Andy Hunter, suddenly Liverpool look quite a bit more stacked in the full-back department than they did just a couple of weeks ago.

Manquillo and Moreno’s additions to Brendan Rodgers’ squad have been offset by the departure of Andre Wisdom on a season-long loan to West Bromwich Albion earlier this summer, as well as the likely exit of Martin Kelly on a permanent transfer to Crystal Palace, according to Garry Doolan of the Daily Mail.

But with some much-needed strength and depth added to the full-back positions this summer, Rodgers finally has genuine options to choose this season for different contexts, systems and formations.

Let’s assess the battle for the full-back slots at Anfield ahead of the new campaign.

With Manquillo going straight into Rodgers’ starting lineup for Liverpool’s final preseason friendly against Borussia Dortmund, and Moreno apparently a big-money first-choice target for the left-back position, they will likely begin the season as starters at full-back.

While a single game for Liverpool—and just six for Atletico Madrid, his parent club, at the senior level—may not be conclusive of Manquillo‘s true ability and potential, what he did show against Dortmund reflected the qualities that he will bring to the Reds’ first team in the short to medium term.

He might not have Moreno’s searing speed and renowned attacking ability, but Manquillo‘s defensive solidity, as well as a good sense of timing when it comes to venturing forward, makes him a complete full-back capable of putting a shift in at both ends of the field.

Moreno’s attacking nous brings him further forward, promising to be a key part of the Reds attack, while his quickness and positional intelligence will allow him to make up for any ground lost while bombing up and down the flank.

As such, both Manquillo and Moreno offer much more than Jon Flanagan and Glen Johnson, who looked set to start the campaign in the first team before the arrivals of the Spanish full-backs.

Other Options and Formations

Behind both Flanagan and Johnson in the pecking order is Jose Enrique, who boasts an impressive physique and is more than a match for pacy forwards with his physicality, but he needs constant guidance on the pitch when it comes to positioning and the timing of his runs.

Together, they offer decent backup to Manquillo and Moreno, as well as tactical flexibility: With fewer defensive duties as a wing-back, Johnson would be an ideal option in a 3-5-2 or 5-3-2 variant, which would free him from a more rigid defensive position and let him attack down the flanks at will.

Flanagan, meanwhile, would be a very good option to come off the bench when in need of some backs-to-the-wall defending or to play alongside a more adventurous central defender on either flank—his versatility, along with Johnson’s, will prove useful over the course of the season.

Moreno’s attacking ability, meanwhile, is an ideal candidate for a left wing-back position, which means that in any such formation that requires two wing-backs to take on Liverpool’s attacking responsibilities down the flanks, Rodgers could turn to him and Johnson as his starters.

Time for the Backups to Prove Their Worth

What this offers is much healthier competition across the squad for the first-team places at Anfield and many more alternatives for Rodgers to choose from. With the Reds looking to challenge on all four fronts this season, having both strength and depth in the full-back department will be valuable and much welcomed.

Yet as Manquillo and Moreno look to establish their places in the first team alongside new signing Dejan Lovren in a new-look and overhauled defence, there is still plenty for Rodgers and his coaching staff to do if they are to get a leaky defence fixed and build a solid platform to support their midfield and attack at the back.

As Rodgers tries out his different options and combinations across the back four, while Manquillo and Moreno will likely feature as the regular first-team starters, the sheer number of games Liverpool will be playing this season allows Flanagan, Johnson and Enrique to show their manager what they’re capable of.

Flanagan’s remarkable resurgence may have been hampered by more esteemed and technically accomplished signings, while Johnson will need a season reminding all around Liverpool what he’s capable of at his peak. Enrique, as well, will need to prove that he’s much more than just brawn on the field.

This has been the hallmark of Liverpool’s summer-acquisition strategy so far: increase the strength and depth across the squad, while providing players ample opportunity to seize a chance to outshine their colleagues for a place in the team.

Rodgers may start the campaign with a few ideas in mind, but the message has been clear already throughout preseason: There are places up for grabs in this Liverpool team.